Vasakronan today announced that Amazon Web Services (AWS) will take 6,000 square metres in the development property Sergelhuset in central Stockholm. This means that the occupancy rate for offices is 92%.

The transformation is ongoing of Sergelhuset, a property and an urban development project at Sergels Torg in central Stockholm encompassing three buildings totalling 60,000 square metres along Malmskillnadsgatan, Hamngatan and Sveavägen.

The game developer King, the accounting firm EY and the law firm DLA Piper, as well as Stureplansgruppen and the restaurant group behind restaurants like Vassa Eggen, have already signed leases for the property. Now AWS is also choosing Sergelhuset to support its Nordic operations.

AWS is renting a total of 6,000 square metres of office space across three floors, 9–11, with the main entrance on Malmskillnadsgatan.

With this lease, the occupancy rate for office space in this project reached 92%. Only six Smart & Klart offices, furnished and ready for occupancy, remain.

“Sergelhuset is Vasakronan’s largest urban development project. When the property is completed in autumn 2020, it will mean an entirely new city block and new tenants. Opening up the block and creating more life and activity in the area is a promise we made to the City of Stockholm. With a healthy mix of tenants, restaurants and services, as well as our co-working concept Arena, we’re delivering on that promise,” says Johanna Skogestig, CEO of Vasakronan.

Click here to read more about the development of Sergelstan. 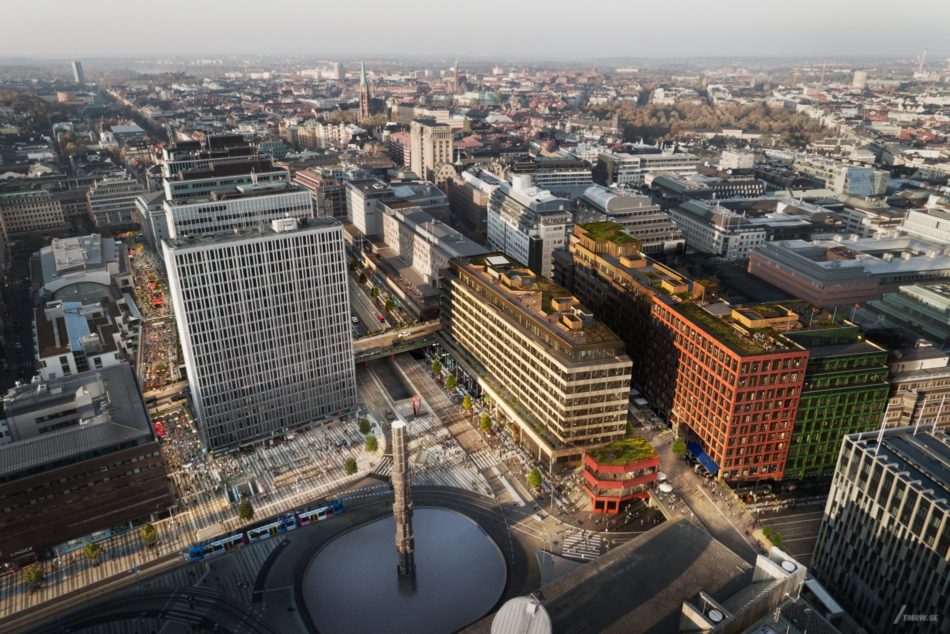