Our amibtion is to be Sweden’s leading property company

We will achieve this by:

is to generate a high, risk-weighted return for our owners the First, Second, Third and Fourth Swedish National Pension Funds, though never at the expense of the environment and people. A return that will benefit Sweden’s current and future pensioners.

for the people who are affected by our business. We do so by applying fair work conditions and creating good work and urban environments. It goes without saying that we also say no to any form of discrimination.

To accomplish our assignment, we must create value in the business. This is achieved through good property management and development, and supplemented by active transactions. Moreover, sustainability is in focus throughout our operations.

The portfolio should consist of properties that, over time, are attractive in the rental market in terms of both product and location. The assessment is that office and retail properties in good locations in selected areas have the best conditions. As of 30 September 2020, 75% of the total contracted rent was office premises and 18% was retail premises. The remainder was residential and other premises.

More information about each property is available at Vasakronan’s properties (Swedish only).

Our role in the Swedish pension system

About the Swedish pension system

About the national public pension

Pensionable income vested in the national public pension is called pension rights. The total pension right is 18.5 per cent of the pensionable income whereof 16 per cent is allocated to the income pension and 2.5 per cent to the premium pension. The employer is responsible for the payments. Pensionable income includes income from employment and social security benefits and unemployment benefit. Individuals are eligible to receive the national public pension from the age of 62 at the earliest, which then lasts for the rest of the individual’s life.

About the income pension

There are a total of five buffer funds in Sweden: the First, Second, Third, Fourth and Sixth AP Fund (AP1, AP2, AP3, AP4 and AP6). These are state-owned national public pension funds that Sweden has had since the 1960s when capital was injected into funds from the national budget. Capital is allocated to the funds in the event of a surplus and capital is taken from the funds in the event of a deficit for pension disbursements. The funds manage buffer capital in the income pension scheme and contribute to the Swedish pension system’s long-term funding.

The current Swedish demography means that since 2009, pension fees have not been sufficient to cover the annual pension disbursements. This is the primary reason for today’s system of buffer funds. The capital, approximately 15 per cent of the pension system’s total assets, is currently used to finance annual deficits that are expected to continue until around 2040.

The funds are state-owned agencies whose operations are regulated by the National Pension Insurance Funds (AP Funds) Act. The AP Funds Act was most recently amended on 1 January 2019, partly because the funds received a greater opportunity to invest in unlisted assets. The funds respective Boards are appointed by the government via the Ministry of Finance.

The mission, to manage pension capital within the national public pension system for current and future pensioners, corresponds with those of the funds. However, there are differences when it comes to how the investments are allocated between different asset classes. This is because the Boards of the respective funds make their own decisions within the framework of the AP Funds Act.

There is also a seventh AP fund (AP7). AP7 differentiates from the other funds in so far as that it manages capital in the premium pension system.

Change of control clause, a proof of long-term ownership

Vasakronan is owned by AP1, AP2, AP3 and AP4 and is the funds’ largest investment in the property market. Vasakronan is also the only company that is mutually owned by the four funds.

The Change of control clause that Vasakronan’s lenders are offered is proof of the owners’ long-term nature. The covenant states, inter alia, that a party who lends money to Vasakronan has the right to receive reimbursement if the Swedish national pension funds cease to own 51 per cent of the shares in the company.

Vasakronan also has a credit facility with the owners of SEK 18 billion that can be utilised to cover short-term lending requirements.

More about the First AP Fund

More about the Second AP Fund

More about the Third AP Fund

More about the Fourth AP Fund

On 1 September 2008, Vasakronan and AP Fastigheter merged and created a new, jointly-operated company under the name Vasakronan. This was after 3 July 2008, when AP Fastigheter purchased all shares in Vasakronan from the Swedish state. The purchase price for Vasakronan reflected a property value of SEK 41.1 billion. The acquisition created a property company that is best in its class in Sweden, and one of the major companies in Europe.

The property portfolio is continuously changing through purchases and sales. Some of our major transactions were acquiring Diös in 2001 and Position Stockholm in 2005, and selling all of the portfolio in Umeå in 2003 and the portfolios in Gävle, Falun, Mora and Borlänge in 2005.

Vasakronan was established in 1993, when properties worth a total of SEK 17.2 billion were purchased from the Swedish state. Prior to this, they had been managed by Byggnadsstyrelsen. In 1992, Parliament resolved to dissolve what was then Byggnadsstyrelsen and create four new entities: Vasakronan, Akademiska Hus, Statens Fastighetsverk and Statens Lokalförsörjningsverk.
The properties were all over Sweden, from Trelleborg to Karesuando, and in addition to offices contained customised premises for the Swedish University of Agricultural Sciences, Sami schools, and prisons.
The establishment of Vasakronan led to a comprehensive restructuring and the property portfolio was refined to comprise commercial properties, offices and retail premises. At the same time, the portfolio’s focus shifted to metropolitan regions. From 1994 – 2007, Vasakronan bought properties for SEK 21.1 billion and sold them for SEK 22.4 billion.

And what about the company name? Vasakronan – the crown of Vasa 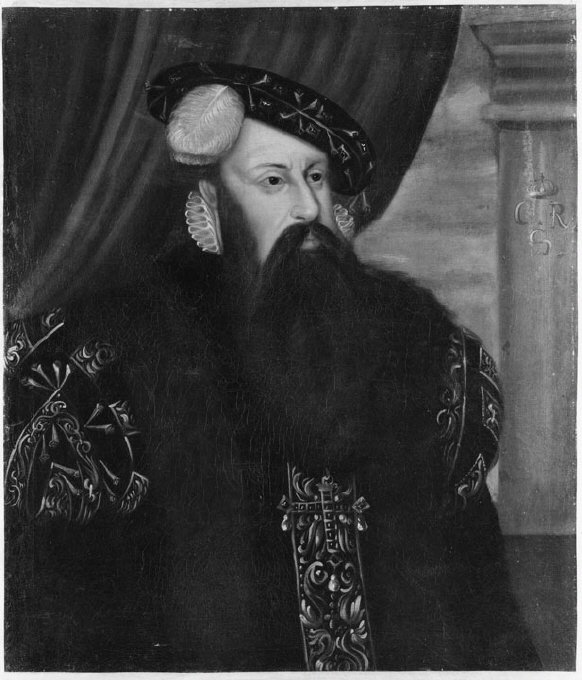 On 6 June 1523, Gustav Vasa was crowned the king of Sweden. He reigned until his death in September 1560 and is generally seen as the founder of the modern nation state of Sweden.

During his time, Sweden was united into one country under one crown, and he converted Sweden from Catholicism to Protestantism. A strong central authority was introduced during his time as ruler, and he strengthened both the influence of the state and the economy. He also built up and collected the state’s property holdings under a single management, which is how it remained until the beginning of the 1990s.

Then it was decided to privatise the majority of the state’s properties and in 1993 Akademiska Hus was founded to manage university and higher education properties. The properties suitable for private ownership were transferred to another company named Vasakronan, The Crown of Vasa, in memory of the king who laid the groundwork for the state’s property holdings.

In May 1997, Vasakronan divested its holdings of properties suited for operations with stringent security requirements (including courts, the Swedish Security Service and the Swedish Armed Forces) to a newly founded, publicly owned company – Specialfastigheter.

In 2008, the state sold Vasakronan to the Swedish national pension funds’ property company AP Fastigheter, which chose to keep the name Vasakronan, The Crown of Vasa.

We would be pleased to answer your questions!
Contact Stina Carlson for more information.

Curious about how Vasakronan is managed?
Find more information here.